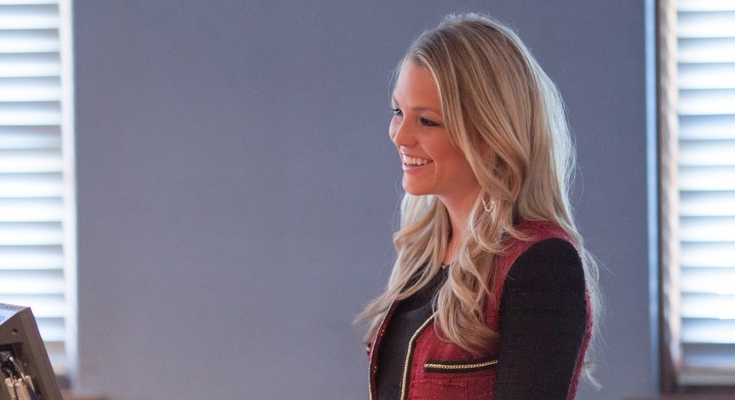 CLEVELAND — After three and a half years in Los Angeles and Toronto, the Indians swung a deal before Monday’s trade deadline to bring Allie LaForce back to her former town.

“We certainly missed Allie from the years she spent here,” Indians president Chris Antonetti said at a press conference. “While we’re very happy with the current state of Cleveland, it can always use some more beauty, so we were thrilled to have the chance to get her back.”

LaForce grew up in Vermilion, Ohio, and was named Miss Teen Ohio in 2005, eventually winning the national competition. She went on to work as a sports reporter for Fox 8 for a few years before being signed by CBS Sports, where she does sideline reporting for football and men’s basketball.

“I’m so overjoyed to be coming back home,” LaForce said. “I had heard rumors that a good number of teams were interested in making a move, but I’m so happy it was the Indians that ended up doing it.”

Many Tribe fans were displeased with the Indians only making one trade at a busy deadline, but Antonetti stressed that no one else available could match the former Ohio Bobcat’s tools.