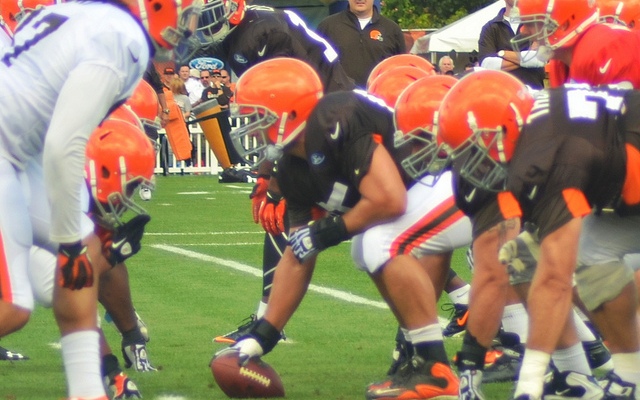 CLEVELAND — When football season comes along, there are many annual traditions that fans long to see, and one of those is the annual Browns Quarterback Competition. Since 1999, it has been a staple of training camp and the preseason, with the coaching staff and fans alike over analyzing all QB choices.

This year featured a battle between Brock Osweiler, Cody Kessler and DeShone Kizer, and after an exciting competition, Kizer has won best in show at this year’s event.

Lead judge Hue Jackson explained his decision: “Kizer did not face stiff competition in this year’s contest, so he was an easy choice for best in show. DeShone outshined both Osweiler and Kessler in the throwing and reading defenses portions.”

Kizer joins a pathetic list of previous best in show winners, including but not limited to quarterbacks such as Brady Quinn, Colt McCoy and Brian Hoyer. The Browns do constantly change judges of the competition as well, with past ones such as Pat Shurmur and Eric Mangini, who was known for making the competitors run sprints until only one was left standing.  The only thing left now is for wait for next year’s quarterbacks, who will assuredly be no better than this year’s.