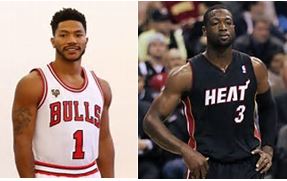 CLEVELAND — The Cavs made some splashes this offseason when they signed a few big-name players that were good six years ago. The whole city was excited to welcome Derrick Rose and Dwyane Wade to Cleveland, and on that list is the Cleveland Museum of Natural History.

The museum has just announced that starting in mid-November they will be doing a special exhibit on the knees of Rose and Wade.

The president of the Natural History Museum was thrilled about the exhibit.

“When artifacts such as Dwyane and Derrick come to our city, we need to appreciate the history that they bring,” he said. “ I’m happy our museum can help show the history of their knees and all they have endured over the years”

The museum has revealed that it will detail the history of the knees, including past X-rays and medical reports. It plans to highlight the fact that although Rose’s knees are only 29 years old, they appear to be 75 years old. The exhibit will be placed near the dinosaur section which showcases other fossils whose prime was year ago. LeBron James’ knees were analyzed for an exhibit as well, but they were determined to be in way too good shape to make the museum.