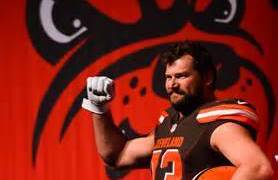 Future Browns hall of fame left tackle Joe Thomas made his decision to retire on Wednesday.  The Cleveland Mocks staff reacts to the news

“He can finally spend Januarys with his family”- Sam

“Joe retires without ever losing a playoff game, how many hall of famers can say that”- Ryan